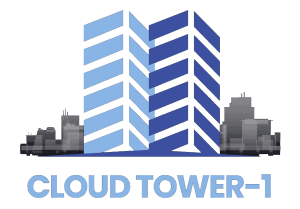 Chairman CDA Satisfied with Pace of Work on Margalla Highway

Both the officers visited entire portion of the said road from Sangjani and D-12.

“The work is continued with full pace and I am hopeful this road from Sanjani to D-12 will be completed months before the deadline,” Chairman CDA told Dawn after his visit.

He said for this portion of the road, the FWO was supposed to complete the work in one year, “but I think, they will complete it by the end of this year,” the chairman said.

During the visit, the CDA chairman was briefed about the ongoing work being executed by FWO on this package of the road.

Presently, work has been started simultaneously on road structures and is planned to expand soon to other stretches of the road.

Sources said that the CDA calso directed that there should be no tilt of road near Shah Allah Ditta and a flyover should be constructed to cross a portion of graveyard.

The groundbreaking of the project was performed by Prime Minister Imran Khan in April and CDA after getting special approval from federal cabinet awarded the contract to FWO.

The road will be constructed in two phases – from Sangjani to D-12 and from edge of the Constitution Avenue to Satra Meel, Murree Road, bypassing Bhara Kahu.

CDA is not interested in construction from D-12 to Constitution Avenue as it will use Khayaban-i-Iqbal as a link between both portions of the road.

The CDA chairman said initial survey of the second phase – from edge of Constitution Avenue to Murree Road after bypassing Bhara Kau– has also been finalized and now the FWO teams are working for detailed design of the said portion.

“I am hopeful the work of this portion will be started after one month and so,” the chairman said and added that the Margalla Road will provide big relief not only to residents of Islamabad but people of other parts of the country and AJK as well.

“After the construction, the chronic issue of traffic congestion at Bhara Kahu area will be resolved,” he said. Currently, the Murree Road at Bhara Kahu area faced constant traffic jam particularly on weekend of summer when people go to Murree.